AUCKLAND LOCK IN DREAM FIVE FOR 18IN18

he ETCO Auckland Dream have announced five players for the upcoming Sal's NBL 18IN18.

Here's an insight into each player.

AMANDA BUCK
A Tall Ferns representative, Amanda Buck’s love of the game is also about appreciating the many different styles there are to playing the same game. And, when it comes to the ETCO Auckland Dream team, Buck says they are family who look after each other. Buck is preparing for the Sal’s 18IN18 NBL with some great energy support from her kids and dog Bella. 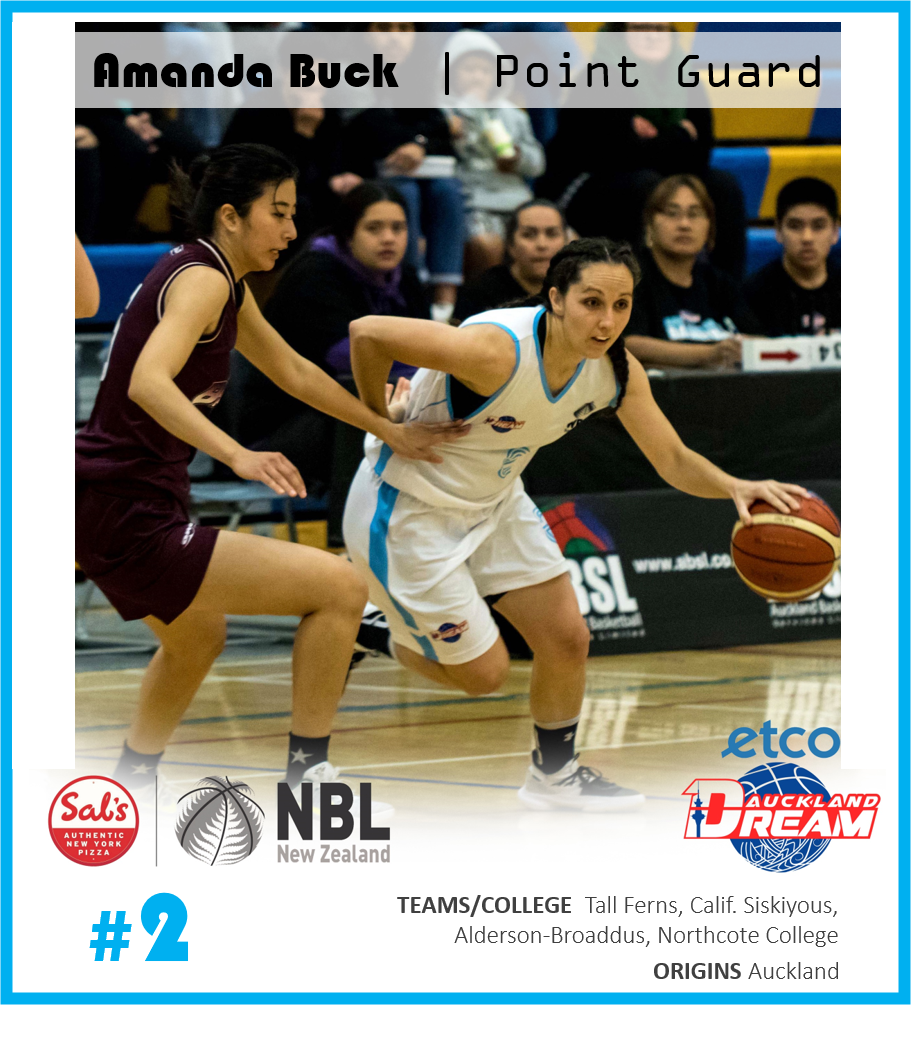 AMANDA WAYMENT
With a host of achievements that include Named Utah’s High School 5A Most Valuable Player in 2014, All-State Tournament Team 2013-2014, All-Region Team 2013-2014, Utah’s Best of State Female Athlete 2014, named to Dick’s Nationals All-Tournament Team in NYC in 2014, 5A State Champs 2014. BYU Achievements: 1st Round of NCAA Tournament (March Madness) 2015, 2016, West Coast Tournament Champions 2015, West Coast Conference Champions 2016, Team captain senior year in 2018. There’s really nothing left to say about Wayment, other than go watch for yourself later this month! 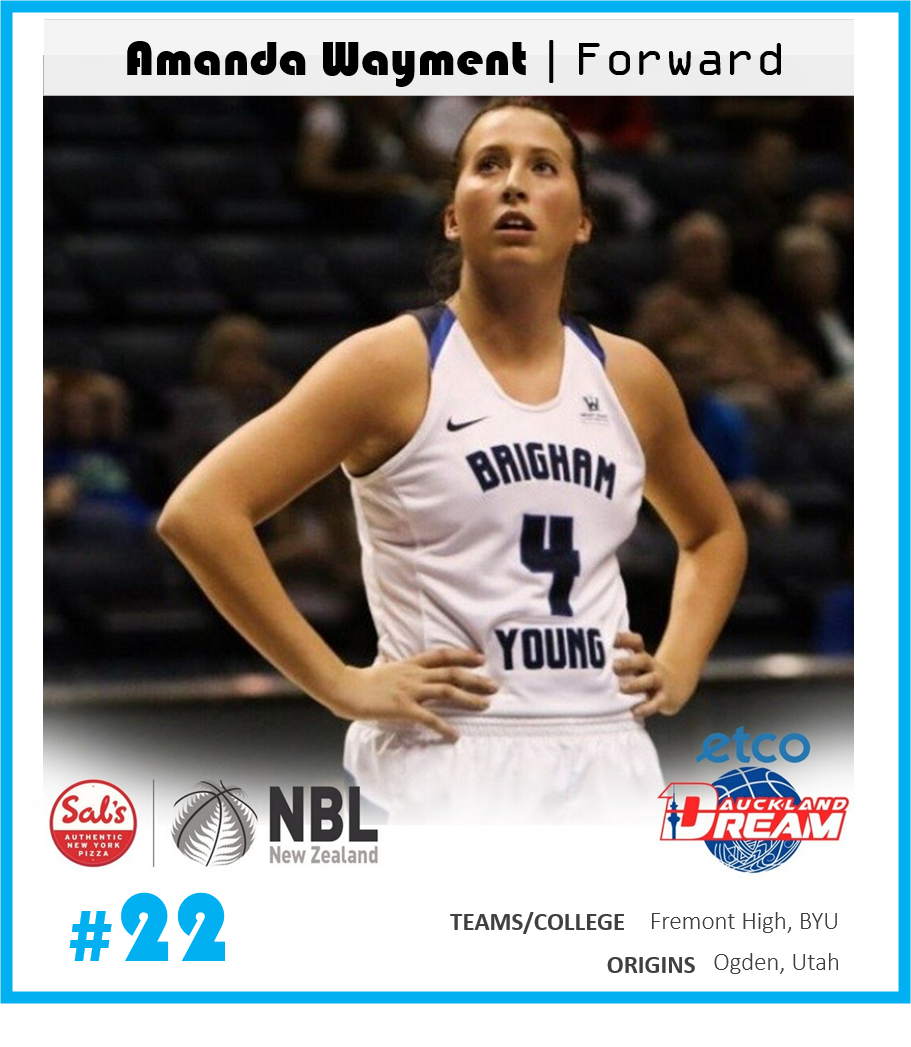 CASYN BUCHMAN
Introducing 28-year-old Buchman from Kansas and a graduate of Washburn University where she excelled in both basketball and tennis. A member of the Dream’s championship team in 2019, the skilled guard is a tenacious defender and high percentage shooter.

DARCI FINNIGAN
A highlight of Finnigan’s high school days was beating Rangitoto College at Nationals before heading to USA where she attended the College of the Sequoias (freshman year) making top 8 in the state. Finnigan transferred to Northeastern Junior College for her sophomore year before tearing her ACL and forcing a move back home. Finnigan has a big career goal – to make the Tall Ferns team, and her focussed preparation for the Sal’s 18IN18 NBL is helping to build a path to ticking off that goal.

JELENA VUČINIĆ
With both parents' former international basketball athletes themselves, is it a surprise that young Vučinić answered the call too. Hailing from Nelson, where she competed with the Nelson Sparks, Vučinić also spent 4 years in the US collegiate system with Louisiana Tech and represented the nation with the NZ Tall Ferns. Daughter of legendary NZ basketball coach Nenad Vučinić.

GET THE LATEST NEWS FROM THE NEW ZEALAND NBL
Form is temporarily not available. Please visit our contact page.
X